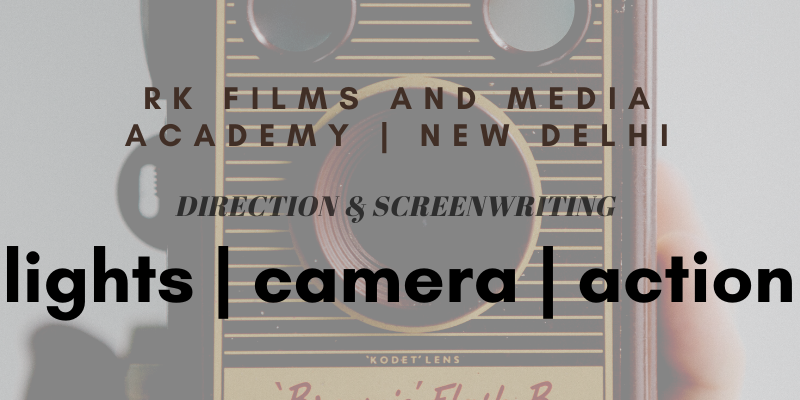 RK Films and Media Academy is one of the leading film institute in Delhi since 2006. The film school offers Film Direction Course including film making, film production and film distribution through traditional offline mediums and OTT platforms too.

What is Film Direction?

A director is someone who establishes the creative vision for the production, be it a play, short film, television programmes, or other media. They have complete artistic control. They are not only well-versed in technical expertise taught in directing programs, but also have a strong emotional or personal connection to the subject matter.

By doing this, the director shapes the performers, characters’ portrayals as well as their movement and conversation. The director is also in charge of choosing the costumes, placing the props, and choosing the locations for the various scenes.

The emphasis of the film direction course is on both theoretical and practical application. Students studying film and TV direction are trained to develop and express their voice and vision in their creative work at RKFMA.

RKFMA uses the following production elements that are used in the Academy’s filmmaking course to explore and practice how the students support those relationships:

How can one get their career as a movie director?

There are several possible ways to start a career in film direction:

Although it is not required but having a degree or certification provides one an advantage over others for a career in film direction. It takes more job experience than formal education to become a director of film or television.

RKFMA provides students with theoretical as well as practical knowledge to build their confidence in the field.